Take accountability for your emotional health, opens up about loneliness, and live more authentically. 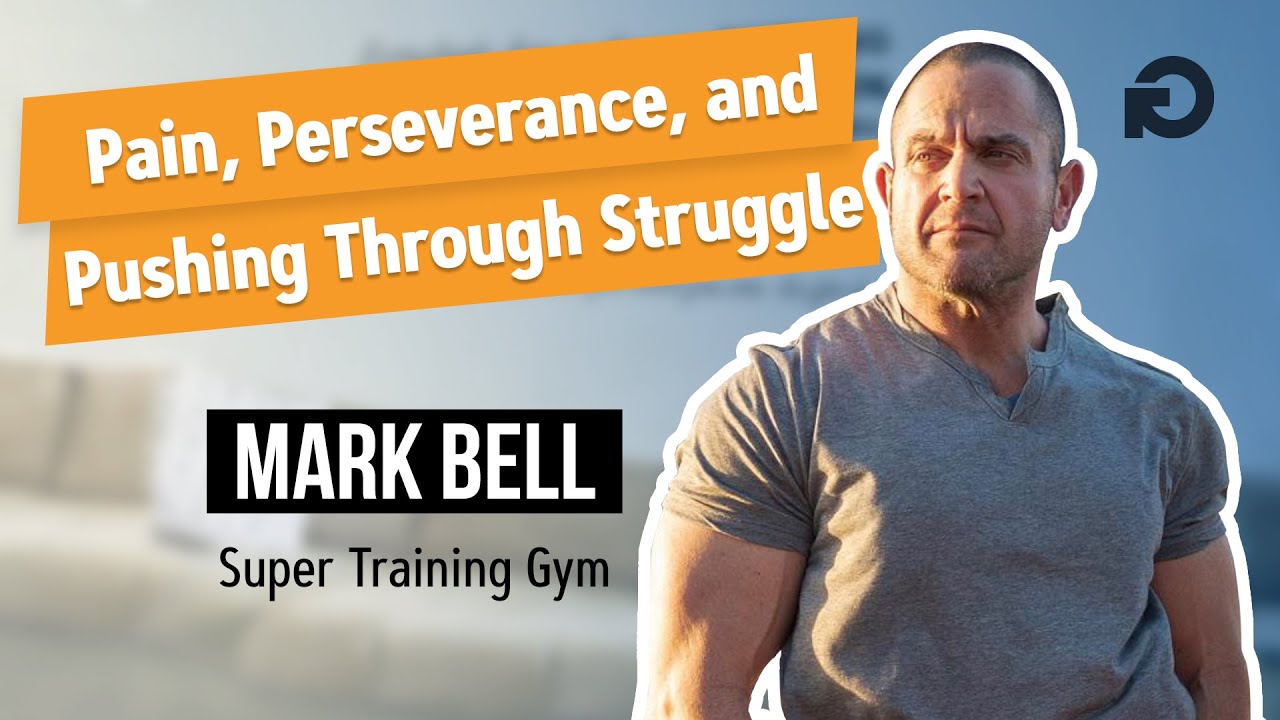 Mark Bell is synonymous with powerlifting.  Known as one of the biggest names in the sport, he has enjoyed a very successful career.  In addition to winning international competitions, his career also entails successful product development as an entrepreneur, as well as fitness training for coaching clients.  His patented product called the Slingshot helps bodybuilders to train more effectively, and keep them safe in the gym, while preventing injury. Mark truly embodies staying uncomfortable and his humility shines through in this episode.

However, like anyone else he also knows what it means to face injury, rejection, pain, and loss. On this episode he shares his thought processes behind what he was thinking mentally, and feeling emotionally as he suffered the greatest physical setback of his life–falling with nearly 1100 pounds on his back.

In this episode, Mark opens up about how he was able to slowly recover and rebuild himself back to his peak greatness. He shares his own definition of success and goes deep to explain his relationship with his father, and how that relationship has impacted him.  As a brother, he witnessed the tragic death of Mike “Mad Dog” Bell, who overdosed in Cosa Mesa, California. Mark shares his first-hand advice about reaching out and seeking help for anyone suffering like his brother and explains how he manages to always stay positive.   He also shares insights on what it means to take accountability for your emotional health, opens up about men and loneliness, and encourages everyone to live more authentically.

Powerlifter Mark Bell is a world-renowned bodybuilder, entrepreneur, and health and fitness expert.  He is a highly sought after trainer, coach, and instructor.  He holds both World and American records for professional powerlifter. He is currently ranked in the top 10 of all-time powerlifters, with a total of 2,628 lb. He has squatted 1,080 lbs, bench pressed 854 lbs, and deadlifted 766 lbs. Mark continues to train and power lift to set personal records in his own Mark Bell gym called Super Training Gym.

Mark has also teamed up with Crossfit to develop a Crossfit Powerlifting Certification series and offers lifting seminars to Crossfit boxes throughout Northern California. He also hosts one of the Top 50 Health Podcasts, “Mark Bell’s PowerCast” on iTunes and was one of the early users of YouTube to host a channel that offered lifting tutorials to his viewers.

You Can Find Mark Here!

Train Your Mind, and Your Body Will Follow with Celebrity Trainer, Ron “Boss” Everline, CEO of JustTrain