The Power of Questions in Entrepreneurship with Dr.Patrick James Murphy

The Power of Questions in Entrepreneurship with Dr.Patrick James Murphy

When you ask questions you empower yourself to dig deeper, and learn more about the reasons behind why certain operations work, and why others don’t. 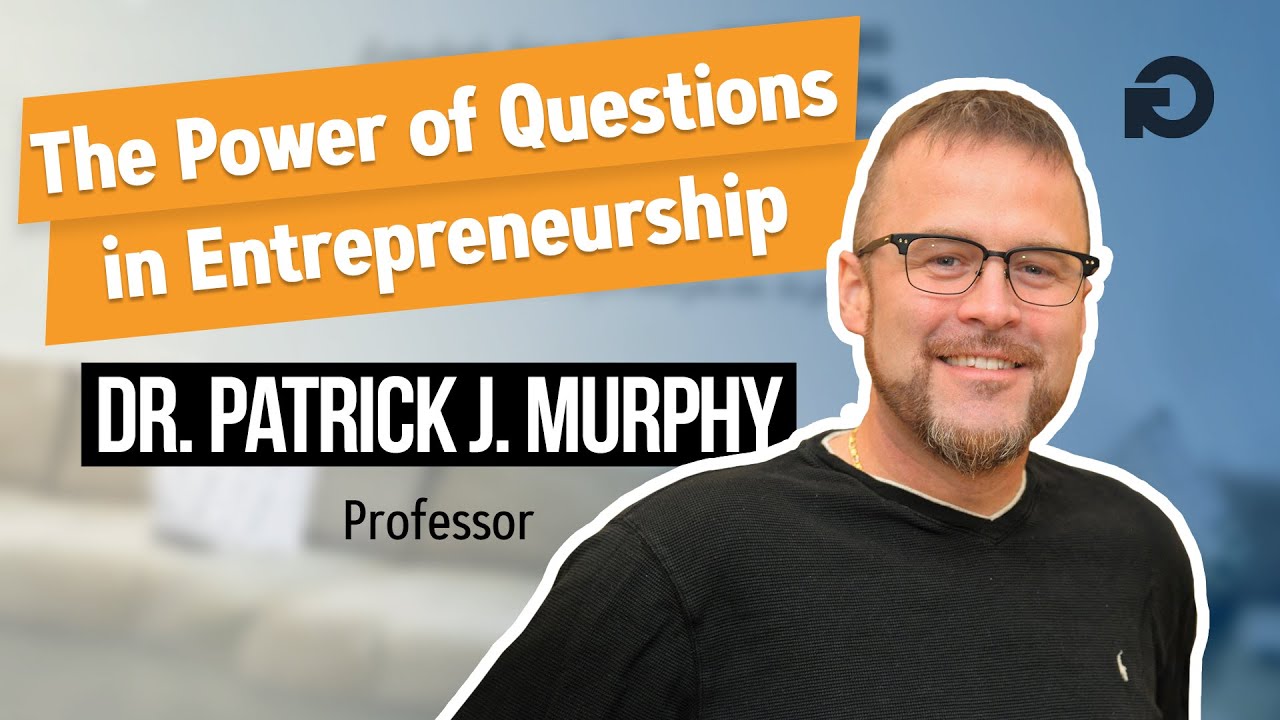 Dr. Murphy is an expert in entrepreneurship, who not only teaches it as the college level but also practices it in his daily life.  As a consultant to multiple companies and universities, alike, he is an expert on how to think like an entrepreneur, and the mindset, philosophy, and conceptual high-level thinking that accompanies successful entrepreneurial ventures.

His interest in entrepreneurship started in high school, partly out of his curiosity for learning, and partly due to the fact that he attended five different high schools in four different states. He was always very creative, yet didn’t have an outlet for expression.  He became an observer and then was able to chronicle his experiences by putting them to music, poetry, and other creative art forms.

During his sophomore year (1995) he found the epistemologist named, Karl Popper and was immediately influenced by his work. He’s read everything he’s ever written and even made a pilgrimage to Popper’s grave in Europe. He discusses his connections with Popper and how he applies this foundational knowledge in an entrepreneurial way to help reframe the conversation about entrepreneurial scholarship.

Patrick’s mission is to help others to find a pathway to find their purpose and act on it. He uses questions to spur further personal insight, and enhance the understanding of the reasons why people are driven to entrepreneurship.

Curiosity is a superpower according to Dr. Murphy. When you ask questions you empower yourself to dig deeper, and learn more about the reasons behind why certain operations work, and why others don’t.  Entrepreneurs need to be uncomfortable enough to ask questions that will inspire change.

Diversity holds an infinite range of potential for everyone. When people behave in accordance with their gifts they can outwork anyone else. He also shares how we aren’t wired to think about growth. However, entrepreneurship, at its core, is all about growing, and that’s what Dr. Murphy conveys in this poignant interview.  His ability to be engaging, inspire, and tell incredibly knowledgeable stories makes this one of the best episodes in Season One. Be sure to check it out!

Bio:
Dr. Murphy is an academic and consultant from Depaul University, where he is a full-time professor. He has won multiple awards, as a teacher and researcher. Dr. Murphy is a multi-award winning teacher and researcher and full professor at DePaul University. He consults to firms and universities and lectures in Chicago and internationally. He founded DePaul’s Social Enterprise Collaborative, is Editor of the scholarly journal Management Decision, and former Chair of the Academy of Management’s MH Division.

Professor Murphy has published extensively in leading scholarly journals. He authored the book Mutiny and Its Bounty: Leadership Lessons from the Age of Discovery, published by Yale University Press. He has been featured in Businessweek, USA Today, The Globe and Mail, US News and World Report, Financial Times, Harvard Business Review, CGTV, WGN, WTTW, Fox Business, and other outlets.

In 2017, Future Founders selected Dr. Murphy as “Entrepreneurship Professor of the Year” across all Illinois colleges and universities. In 2016, he was named to ChicagoInno’s “50 on Fire” for his impact on the Chicago innovation ecosystem. He speaks Mandarin Chinese and is President of the Board of Directors of the Chicago Cultural Alliance. A veteran of the US Navy, he is also a thoroughbred racehorse owner and is active in racing and thoroughbred aftercare.