Tell people the truth, even if they won’t like it. 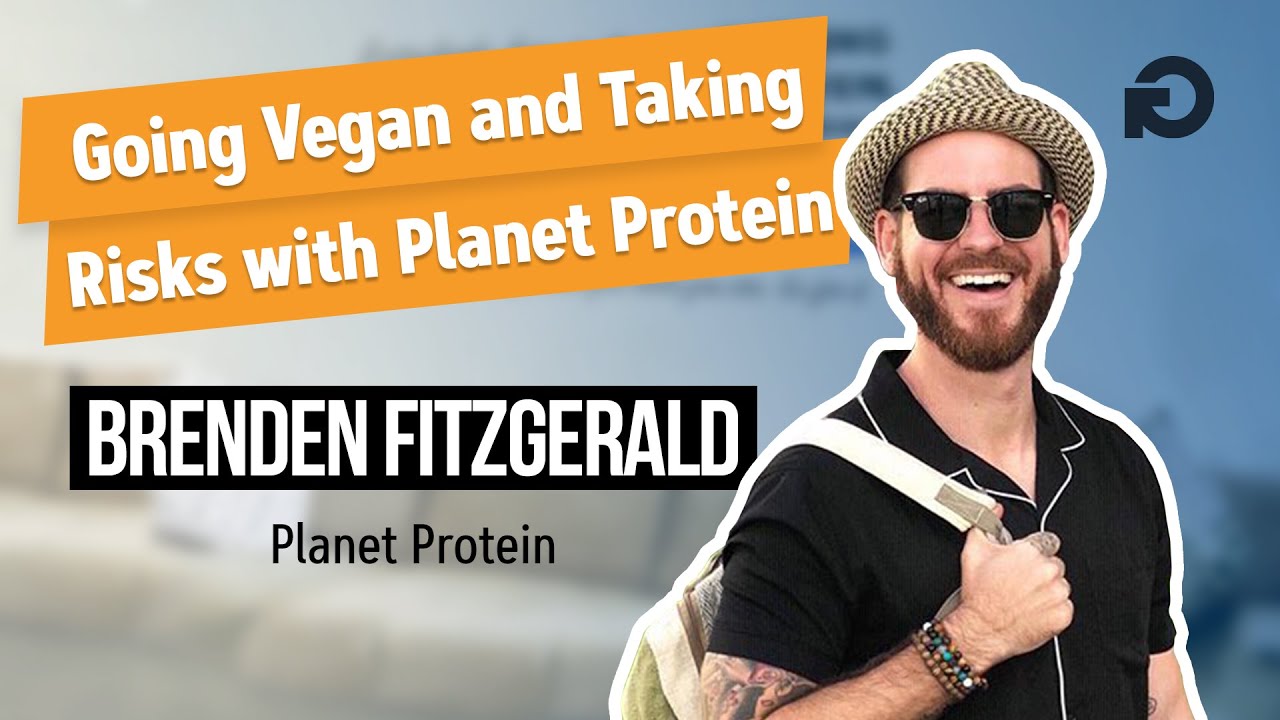 Brenden Fitzgerald worked a variety of different jobs before becoming the CEO of Planet Protein. He tried selling insurance, being a roofer, working in manual labor, and even fell off a roof, before he realized that he just wasn’t meant to be an employee. After selling insurance, was costing him his sanity, he took a pretty big leap of faith and quit his job.

However, this wasn’t the only big risk that he took.  At the request of a few friends, he agreed to watch Cowspiracy and Vegucated on Netflix, which he did as a favor. What at first seemed like something that was completely beyond his personality, quickly became something that he felt strongly passionate about. He watched both documentaries–four hours straight–and was simply blown away. The very next morning he woke up and realized that he needed to go vegan.

His journey with Planet Protein began when he’d eaten rice and beans for two weeks straight. After a while, he started learning how to cook, create organic dishes, and source out all of his nutrients through his diet. After he got pretty good at this, he realized he needed to try his hand at crafting a protein bar, and the results spoke for themselves.

Brenden’s mission is to make a complete meal replacement that is available on the market for health-conscious individuals. However, the journey hasn’t always been easy. His secret to success so far, has been resources and networking. Most people are willing to help, he adds, so long as you are being your genuine self.  When they see how hard you are working, they will want to help, and they will support you.

He also believes in living in the moment and doing things day by day. Focusing on the now and getting the work in, are the two biggest building blocks in helping you get to the next level.

One of the biggest pieces of wisdom that he leaves the audience with is that as an entrepreneur you need to unplug. Rather than work 24/7, Brenden also prioritizes taking time to step away from the business to recharge his mental state. He doesn’t believe in working a set number of hours per day, because you really need to be able to operate at 100% whenever you are working in your business.

His final piece of advice is to tell people the truth, even if they won’t like it. By being honest and real with them, and staying uncomfortable, they will respect you more.

Questions Kaivan Asks in this Episode

Brenden Fitzgerald is a vegan on a mission. His company, Planet Protein has set out to not only change the world of protein bars, but the rest of the world as well! As the founder and CEO of Planet Protein, they’ve created several healthy plant-based protein bars, that even the most health-conscious vegan can feel great about eating.

With a background that included working in construction, selling insurance, and even being a Marine, Brenden knew that he wasn’t happy working a job. When he decided to go vegan, he knew that the market needed a sustainable, tasty vegan protein option and Planet Protein was born. Today the company boasts NFL and NBA player endorsements and is based in Fort Lauderdale, Florida.